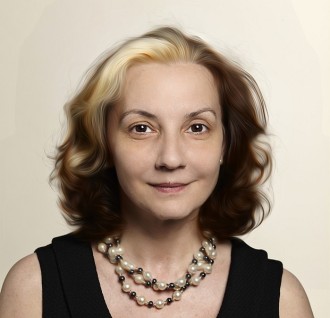 Dr. Sophia Frangou is Professor of Psychiatry at the Icahn School of Medicine at Mount Sinai, New York. Previously she led the Section of Neurobiology of Psychosis at the Institute of Psychiatry, London, UK (1997-2013).

Dr. Frangou graduated from the medical school of the University of Athens, Greece. She then obtained a Masters in Neuroscience followed by a doctoral degree in endophenotypes for psychosis from the University of London, UK. Dr. Frangou completed her clinical training at the Maudsley Hospital in London.

Dr. Frangou is editor-in-chief of “European Psychiatry”, the official Journal of the European Psychiatric Association, and associate editor of "Human Brain Mapping". She is a Fellow of the Royal College of Psychiatrists, the American Psychiatric Association and of the European Psychiatric Association (EPA). She has served on the Council of the British Association for Psychopharmacology (BAP). She co-authored the BAP guidelines for the treatment of Bipolar Disorder and is currently Expert Reviewer for the Working Group on the Classification of Mood and Anxiety Disorders for the Revision of ICD-10 Mental and Behavioural Disorders. She has served as vice-president for the International Society for Bipolar Disorders and is currently vice-chair of the Pan-american division of the Royal College of Psychiatrists. Dr. Frangou was founding chair of the EPA Section of NeuroImaging and of the Brain Imaging Network of the European College of Neuropsychopharmacology.