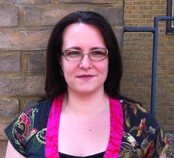 Dr. Dima is adjunct assistant professor at the Icahn School of Medicine at Mount Sinai and Research Scientist at the Institute of Psychiatry, Psychology and Neuroscience, Kings College London, UK. Dr. Dima received her Psychology degree from the Panteion University of Social and Political Sciences, Athens, Greece in 2003. She trained in Neuropsychology at the Hospital ‘Aiginiteio’, University of Athens. Following this, she  completed a Masters Degree in Integrative Neuroscience at Imperial College London, UK. She was then awarded a Marie Curie Early Stage Training Fellowship for her PhD studies in Neuroscience which she completed at the Medical School Hannover, Germany in 2009. During her PhD she also trained at the Institute of Cognitive Neuroscience, University College London, UK. Her research focuses on the study of psychosis, mainly employing neuroimaging methods and connectivity analyses in combination with genetics. Dr. Dima also co-chairs the Lifespan Working Group nested within the ENIGMA initiative.