Dr. Won Hee Lee is a postdoctoral fellow of Psychiatry at the Icahn School of Medicine at Mount Sinai. He received the B.E. and M.S. degrees in Biomedical Engineering from Kyung Hee University, Republic of Korea, in 2006 and 2008, respectively. He received the Ph.D. degree in Biomedical Engineering from Columbia University in 2014. He worked in the Heffner Biomedical Engineering Imaging Laboratory at Columbia University and jointly worked in the Division of Brain Stimulation and Therapeutic Modulation in the Columbia Psychiatry Department as well as in the Brain Stimulation and Neurophysiology Division in the Department of Psychiatry and Behavioral Sciences at Duke University Medical Center. He is particularly interested in advancing our understanding of the mechanism underlying neural circuitry abnormalities in neuropsychiatric disorders and in investigating the role of brain network dysregulation in psychiatric disorders using multimodal neuroimaging modalities in combination with brain stimulation techniques. 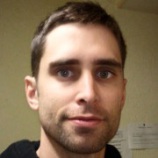 Dr. Moser obtained his diploma in experimental psychology from the University of Bern, Switzerland and his PhD in psychology from the University of Geneva, Switzerland in 2015. Dr. Moser uses neuroimaging, psychophysiological and (epi)genetic methods to examine the neural circuity of social and affect  processing. Dr. Moser received a publication prize by the French Psychiatric Association, in 2014. He is  is supported by a fellowship from the Swiss National Science Foundation. 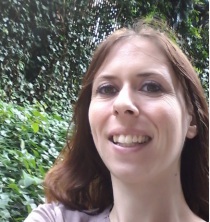 Dr. Gaelle Doucet is a postdoctoral fellow at the Department of Psychiatry of the Icahn School of Medicine at Mount Sinai. She obtained a Master degree in neuropsychology from Pierre Mendes France University (Grenoble, France). In 2010, she obtained a Ph.D. in Cognitive Neuroscience from the University of Caen, France. This work explored the relation between mindwandering and spontaneous brain activity in healthy participants during a conscious resting-state fMRI condition. From 2011 to September 2015, she worked as a postdoctoral fellow at Thomas Jefferson University  in Philadelphia, PA. She investigated  brain activity in patients with refractory focal epilepsy. Since October 2015, Dr. Doucet's research goals have been directed toward understanding brain changes in relation with different cognitive states and finding new reliable predictors of clinical outcome in patients suffering from psychosis, using a multi-modal approach, including task-based, resting-state fMRI as well as structural imaging.