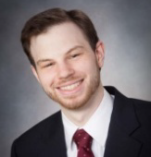 Dr. Leibu is Assistant Professor in Psychiatry at the Icahn School of Medicine at Mount Sinai. Prior to his medical training he was a researcher in the Cold Spring Harbor Laboratory and published in the area of genomics. He earned his medical degree from The State University of New York at Buffalo School of Medicine and Biomedical Sciences where he was awarded the Gilbert M. Beck Award for academic excellence in psychiatry and the Elizabeth Medical Award for compassion and ethics. He was inducted into the medical honor society, Alpha Omega Alpha in 2010. He completed his Residency and Chief Residency in Psychiatry at Mount Sinai. In addition, he is currently a candidate at the New York Psychoanalytic Society Institute and a Member of the American Psychoanalytic Association.

Dr. Kyriakopoulos is Consultant Child and Adolescent Psychiatrist at the National and Specialist Children’s Inpatient Unit (Acorn Lodge) of South London and Maudsley NHS Foundation Trust, Honorary Consultant Child and Adolescent Psychiatrist at the Neurology Department of Great Ormond Street Hospital for Children. He is also adjunct Professor of Psychiatry at the Icahn School of Medicine at Mount Sinai and honorary lecturer at the Child Psychiatry Department, King’s College London. His special interests are early-onset psychotic disorders, developmental neuropsychiatry and psychopharmacology, and inpatient psychiatric treatment in childhood and adolescence.  His current research focuses on brain structure and function in early-onset psychotic disorders and their interface with autism spectrum disorders with the use of neuroimaging techniques.  He completed my PhD at the Institute of Psychiatry, King’s College London in 2010. He was awarded the 2009 Margaret Davenport Prize by the Faculty of Child and Adolescent Psychiatry of the Royal College of Psychiatrists and a NARSAD Young Investigator Award (2008).